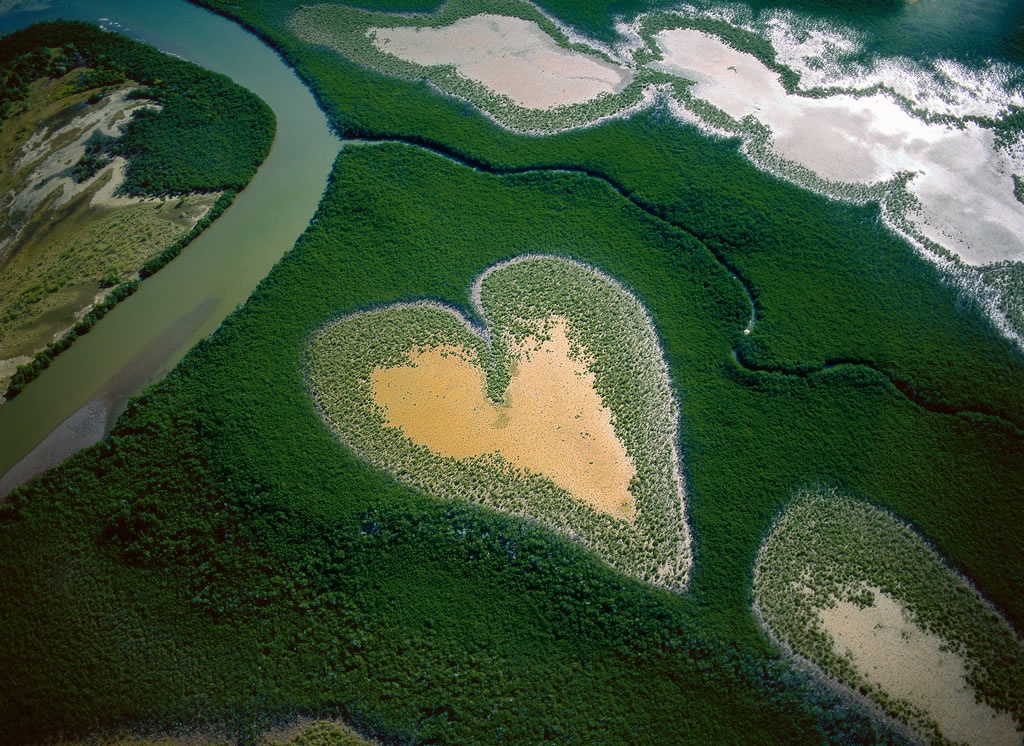 Known for its famous “Coeur de Voh” (Heart of Volh above) representing the cover page of the book “La Terre vue du Ciel” created by the renowned photographer, reporter and ecologist Yann Arthus Bertrand, New Caledonia is a collectivity  of France located in the southwest Pacific Ocean, east of Australia and northeast of New Zeland.
The archipelago, part of the Melanesia subregion, includes the main island of Grande Terre, the Loyalty Islands, the Chesterfiels Islands, the Belep archipelago, the Isle of Pines and a few remote islets.

New Caledonia has a land area of 18,576 km2. According to the 2014 census, the population is of 268,767 inhabitants and is composed of the Kanak community, people of European descent (Caldoches and Metropolitan French or “Zoreille”), Polynesian people (Wallisians, Futunians, Tahitians), Indonesians, Ni-Vanuatu, Vietnamese and other Asians.
The capital of the territory is Nouméa.

The first evidences if human presence in New Caledonia date back to the Lapita period, period during which people were skilled navigators and agriculturists. The first European to explore the island was the British Captain James Cook on 4 september 1774. He named it “New Caledonia” since the northeast of the island reminded him of Scotland.
The west coast of the island was approached by Jean-François de Galaup, comte de Lapérouse in 1788, shortly befor he mysteriously disappeared in the ocean.

New Caledonia became dependent to France when Admiral Febvrier Despointes took possession of the island, under orders of Napoleon III on 24 September 1853; then Nouméa named as Port-de-France was founded the 25th of June 1854.
From 1860 to 1897, New Caledonia was a penal colony for criminal and political prisoners such as many Communards arrested after the failed Paris Commune (e.g Henri de Rochefort and Louise Michel) who were exiled to the island.
In 1864, nickel was discovered in the banks of the Diahot River and the Société Le Nickel was created in 1876.
In 1878, High Chief Atal of La Foa launched a guerrilla to rebel against the exclusion of the indigenous population in the French economy, which ended up in the death of 200 Frenchman and 1,000 Kanaks.
In 1988 a deadly hostage-taking in Ouvéa following the adoption of five statutes. Thereby, the Matignon Agreements were signed on 26 June 1988 to ensure more stability.
As a result, the Noumea Accord signed the 5th of May 1998 as promises to grant political power to New Caledonia and its original population, the Kanaks, until the territory decides whether to remain within the French Republic or become an independent state in a referendum to be held between 2016 and 2018.

The archipelago is divided into three provinces: South Province, North Province and Loyalty Islands Province.
New Caledonia has the richest diversity in the world per square kilometers. It presents many endemic species due to the central mountain range which created a variety of niches, landforms and micro-climates. As an example, the endemic Kagu (or Cagou) is a flightless bird, able to run quickly and to climb branches.

New Caledonia soils contain about 25% of the world’s nickel resources. It has one of the largest economies in the South Pacific, with a GDP of US$9.89 billion in 2011; however economical imbalances are notable between the South that presents a living standard and the North and Loyalty Islands that is less developed.